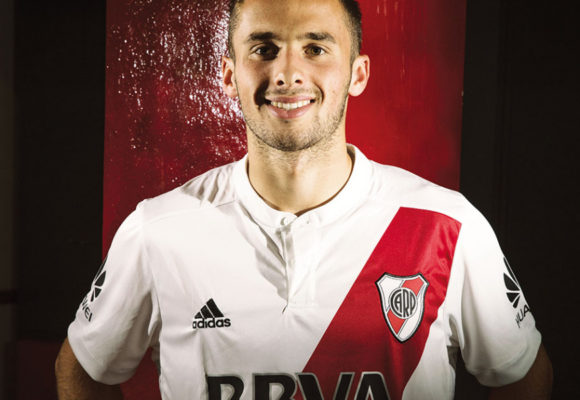 As the Superliga is getting closer to its end, the final is becoming more tedious and prolonged than the previous tournaments that Argentina’s domestic league was used to. But before the end arrives, is obligatory to stop by in one of the most talented factories of football players of all the world: Uruguay.
It seems like an anomaly that in a country that lives three million people, there are so many professional players. As somebody said “in Uruguay there are twelve people and eleven are football players”.
With Sebastian Ribas and Morro Garcia leading the topscorer, there’s another uruguayan appearance that is making noise in argentinian football and that is Marcelo Saracchi.
The young left fullback of River Plate is starting to become more important as the time goes by. With an obvius genetic heritage of Uruguay’s courage and aggressiveness, his defensive skills are superb for a good gifted left footed fullback. These, added to a very good sprinting speed makes him a good mistake corrector in defensive transitions. Besides this, he feels very comfortable with the ball, and he’s not afraid to take risks in the build up or to escalate up the lane in progression to finish with a good crossing technique. Some aspect to improve could be his one vs one attacking technique, for having more options when he gets to the final quarter and not being limitated to finish all the time with a cross.
When the ball starts to roll, attack and defense intertwine in one holistic and indivisible moment. For that reason, fullbacks are not supposed only to defend as strikers are not supposed only to attack. If Marcelo Saracchi understands that he has to adapt his skills to the needs of football, the great master (that is the game) will show him the secrets to become a master and to develop in some serious international leagues.