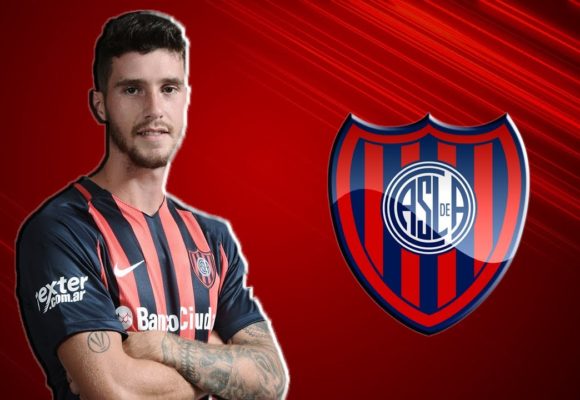 It’s foolish to deny that football is not the same as in the 90’s. The rules have changed, changing the game with itself. The backpass law (changed in 1992) was the divider wall for mostly goalkeepers and central defenders. The rod was raised and the requirements skills for these position became a lit more complex.
Both goalkeepers and central defenders needed to adapt their technical skills to the development of playing out from the back. For that reason, nowadays its imperative for these to stand out in passing, carrying the ball, locating in the field, etc.
One good example is Marcos Senesi, the young (20) central defender of San Lorenzo de Almagro. Being tall and strong was not enough for him to become a First division player. He managed to fulfill his curriculum with some serious abilities.
Graduated with honours in the aereal force, his header technique is impressive in both boxes. Mastered in duels and anticipation, his tackles are foolproof. Currently doing a MBA in passing, his left foot will become deadly for rivals lines.
If he can improve his ball control skill and a better faking body shape for passing, he can apply for the highest positions a central defender can reach.