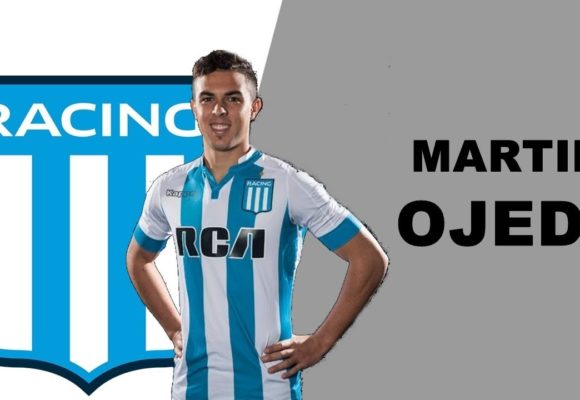 Is not easy to stand out in such a chaotic space like argentinian football, especially if you don’t develop in first division. But this doesn’t refer to the game itself, if not to the paper that is wrapping the present, which is the AFA (Argentinian Associated Football). In order to win money no matter what, this ‘dis-association’ is confusing the public with so many discouraging layers to difficult people to get the real point, that is the game.
But when you start to peel the onion, you can find some interest surprises deep down this beautiful present called football. One of this surprises is Martin ‘Juancho’ Ojeda. This young entreriano (Entre Rios province native) grew up in formative divissions of Ferrocarril Oeste (legendary club that now is diving in the second division). With some amazing performances during the last two years, he got scouted by the big Racing Club and now he is making his first moves in the surface of the highest division in our country.
It can’t be denied that left-footed players are the more aesthetics players to watch. This one in particular, is also gifted by the aesthetic god with the present of height. That gives us a left-footed player, with a decent good height and a marvelous technique that likes to start as a left or right outlet. With some Marco Asensio style running through his game, he has a good long range kick, and a fearless audacity for solo adventures.
If he can adapt his diving game to a good surface swimming technique that involves a better decision making intelligence, he can expand himself to tear up the paper that hides away this kind of unknown players.