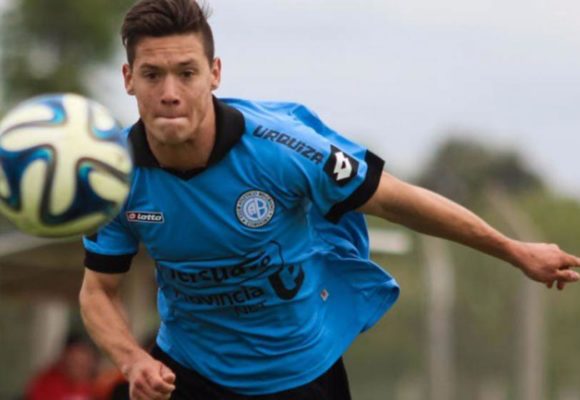 Born in the shadows of Cordoba streets, Tomás Guidara grew up in a hostile environment. As an orphan who was living in very poor conditions with his grandparents, life was not so charming for him. From having ‘mate cocido’ (typical southamerican infusion) and hard bread for dinner to sleeping under a bridge in some occasions, this young guy had to overcome many obstacles in his way to become a professional football player.

But these obstacles not only molded his personality, but also his way of playing the game. He went through different positions before consolidating as a right fullback. In his beginnings, he played as a classic center forward and as a right outlet . These positions helped him to polish some skills that he could exploit in the future as a back player. Playing as a center forward gave him a very good ball protection skill and an aggressive aerial game in despite of not being too tall. From the outlet position experience he gained some decent 1vs1 technique and full knowledge of the right lane. But maybe the best advantage of being relocated to a back position after playing for many years near the opposite goal, is to play with the field head-on. This is a substantial benefit for players whose backwards game is not so fluid.

So, to round up Guidara’s game form could be say that his initial place is the right fullback but this is not a immovable image. He doesn’t feel uncomfortable going inside to get involved with build up and to create more passing line options for central defenders and central midfielders. He also unfolds quite well when his team is in positional attack and has a good reading of half-spaces to occupy. But possibly the main highlight of his game is his defensive skills in one versus one situations with a correct body profile and a surgeon ball extraction ability.

Of course, as a young player he is there are weakness to surpass, but the one that requires more urgent attention to get a serious national notice is his crossing and shooting technique. Obviusly these are not the easier actions to improve but are the ones (unfortunately) that gets football players on the radar of bigger clubs due to poor scouting developments. His growth will depend on his desire and his luck of having coaches that can give him good teachings and contexts.

Football like an everything does not get along with specific functions and Smith’s division of labour theory. In a dinamic sport where the unexpected is the most expected thing to happen, players have to deal with this uncertainty and be ready to take decisions (in a thousandth of a second) in function of many factors and not only of what position supposedly requires. Tomas Guidara’s life is a good representation of this. Guidara’s childhood was the best football coach for him.